A little over a year ago, Supaman released his immensely popular “Prayer Loop Song” on YouTube and became an overnight sensation. But on March 12, Supaman became the first Native American musician to perform at the Googleplex, the world headquarters of Google in Mountain View, California. Google had found out that he was in the area performing at UC Berkeley and invited him to perform in their headquarters. Later he stated that, “it was a great honor to represent Native people in a positive way there, and I hope they will continue with acknowledging Native talent and just Native people in general.” This is a great step forward for Supaman, who is in the middle of his tour “I Rap for Change Tour”, as well as producing a new CD that is in the world to be released this year. Also while traveling around the country, he has talks on self-esteem, suicide prevention, and also has events at heritage and cultural centers. 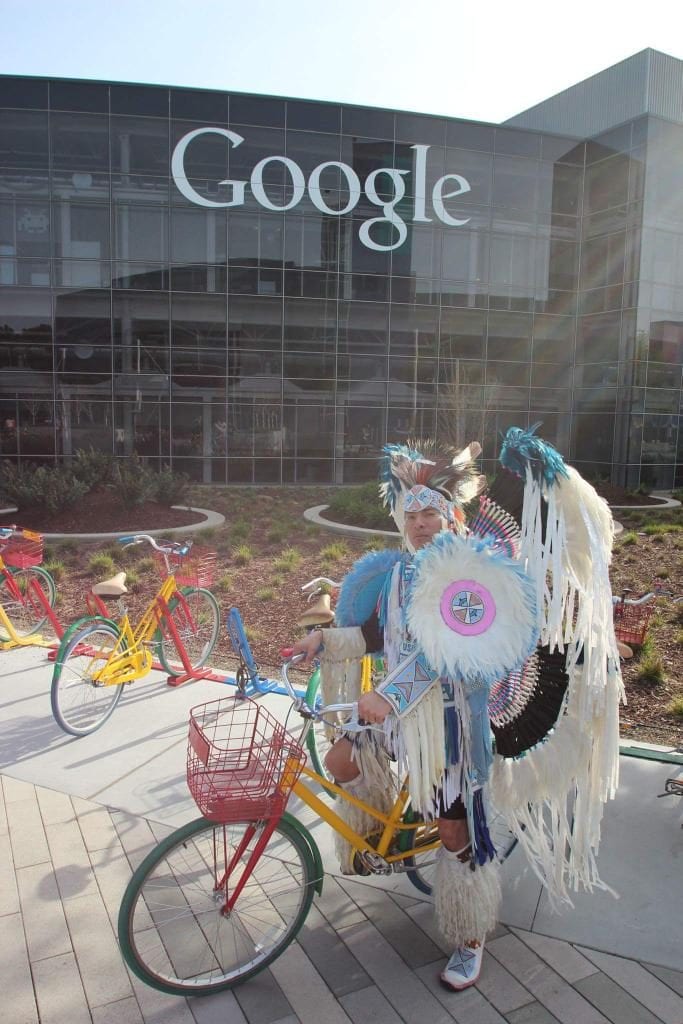 Born with the given name Christian Takes Gun Parrish, Supaman began breaking away from his lawbreaking shenanigans and turned instead, to making music. He often urges his audience to understand the realities of poverty and incarceration before turning to a life of crime. Parrish stated in an interview with NPR that, “hip hop was talking about the ghetto life, poverty, crime, drugs, alcohol, teen pregnancy; all that crazy stuff that happens in the ghetto is similar to the reservation life. We can relate to that.” Supaman was also featured at MTV’s Artist of the Week in March of 2014, a big accomplishment for only having released “Prayer Loop Song” for a few weeks.

Supaman excels at both traditional and modern. He is an applauded fancy dancer as well as a Native American Music Award winning hip hop artist. From the Crow Nation in Billings, Montana, Supaman creates a wonderful fusion of beatboxing, rapping, fancy dance, regalia, flute, scratching, and more. Making his rap even more special, Supaman performs in his fancy outfit, which is different from anything before, and many people find it special. To hear some of his other songs and see some of his videos, visit his ReverbNation page here.

Congratulations Supaman, we can’t wait to see what you will do in the future! If you have any artists you think we should cover, or if you have any questions, contact 1st Tribal Lending by either leaving a comment below or calling (866) 235-4033.